Always in love with almost any artistic expression. I’ve been trying MANY.

Music was one of the main ones: I played in two different bands, both with published albums  in two different countries. Both bands were finalist in national music competitions (in Spain and Ireland).

I studied film making and film editing. I directed a short film called “food”.
Then I studied photography as a post grad in the NCAD in Dublin.

See my photographs in: Source.ie 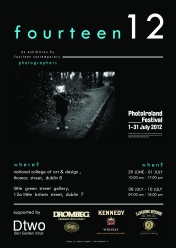 But ultimately, it was going to be my side as a story teller that won the inner battle to find my artistic path.

I won a couple literature awards when I was in college, including the “Relatos Ciudad de Zaragoza”, which had a book published with the finalists.

This award led me to meet Zócalo Ed, the publishers of my book “Ella, yo y los demonios”. And I had the honor of meeting Felix Romeo, who was like a mentor to me, and became one of the great writers born in Zaragoza (the city gave his name to one of its public libraries). Some of his books.

And then I moved to Ireland. Slightly disconnected from my literature links back home I kept writing but not publishing (while I was trying all my other art adventures). Finally I decided to go back to my roots as a writer with “Cartuchos de feria”.

Read the synopsis and the back cover note by Josian Pastor.

Buy it in Amazon.